Chickens need a warm place to live in. They need a place where their natural enemies can't break in and carry them or their young away into the night. They need shelter when the weather takes a nasty turn. Chickens are not demanding critters and building a chicken coop need not be demanding either. Their needs are pretty basic. Before you invest a lot of money and time setting up costly coops, learn about building the basics and if you've never built a chicken coop before, read to the end to avoid making some basic mistakes...you'll be glad you did. 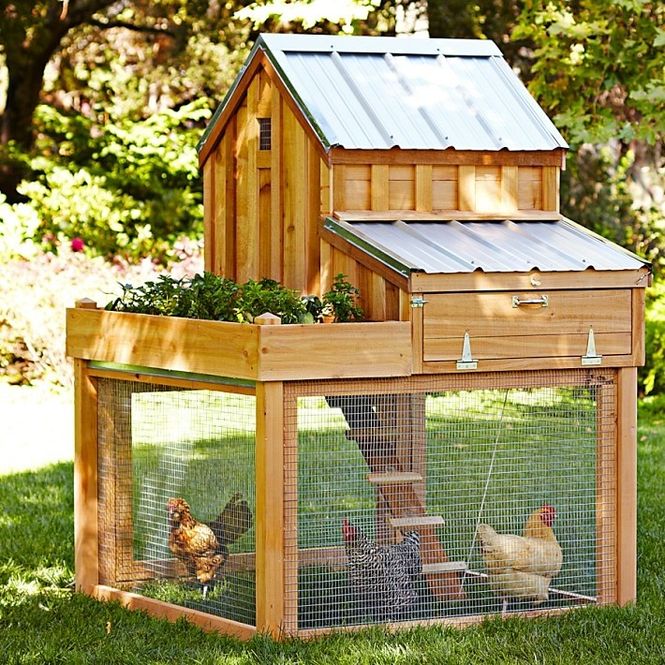 Scout out the place where you want to build a chicken coop. Beginners often decide to build a coop without checking out the ground saturation beforehand. If the area has a tendency to pool water, it's a bad location to put up a coop.

Take care not to put a chicken coop too close to your home for a couple of reasons. The noise can get pretty loud at times and downwind, a chicken coop doesn't smell like roses. On the other hand, you don't want to put the coop too far away either -- both for the sake of convenience and so that you can keep an eye out for predators. 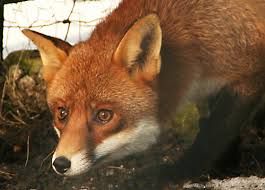 Chickens have to have a dry space. You'll need a level area to build the coop on, but never build a coop directly on the ground. Have you ever had a snake or rodent get into an outside building or shed? These same predators will easily get inside chicken coops that are built flat on the ground no matter how much chicken fencing you put up around the coop.

Predators don't just arrive on the ground either. Hawks and other large birds will snatch smaller chickens and take off with them. When the chickens are outside of the coop, they need to be protected from these kinds of predators as well. 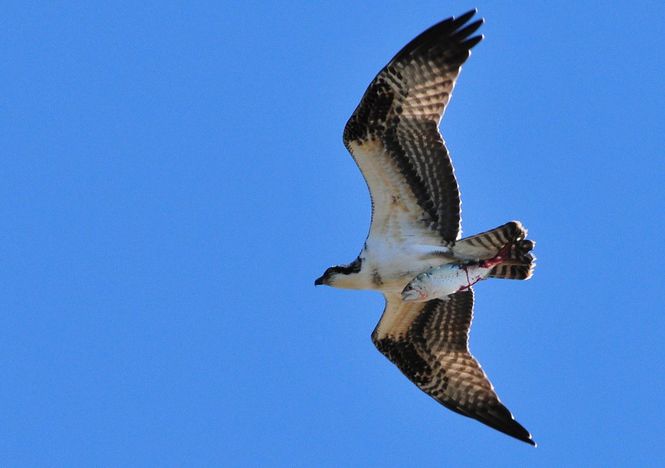 Put chicken wire all around the coop to keep unwelcome guests out. Remember that some animals will dig beneath fences to get into the chicken coop, so many large chicken coop plans provide instructions to bury the fence at least one foot below the ground.

Even the doors and windows should have a screening system for double protection. 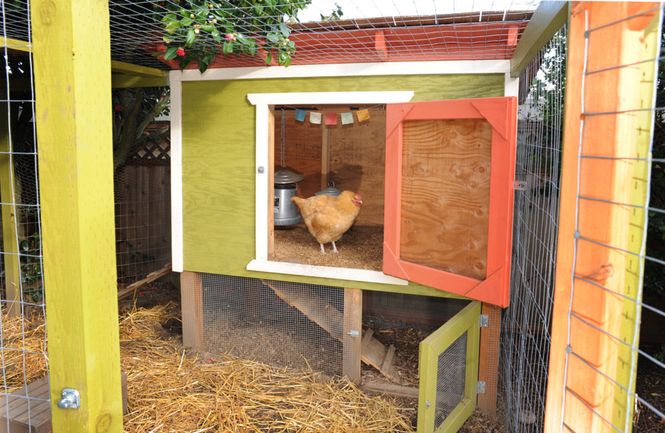 Humidity inside a coop isn't healthy for chickens. You'll want to make sure you have some type of opening for air to flow through. Some chicken owners use a simple vent, while other chicken owners put in a screened window that will open.

Those who take shortcuts carve a small hole in the plywood and nail a screen over that, but this isn't a good idea. The ventilation opening needs to be one that can be closed in the event of bad weather or built in such a way that rainwater and heavy drafts can't get inside the structure.

A coop should be not so well ventilated to allow cold drafts, but also well ventilated enough to avoid too much moisture causing ammonia to accumulate within the shelter and cause diseases. Aside from ventilation, the chicken coop must be insulated if you live in an area with a very cold climate. 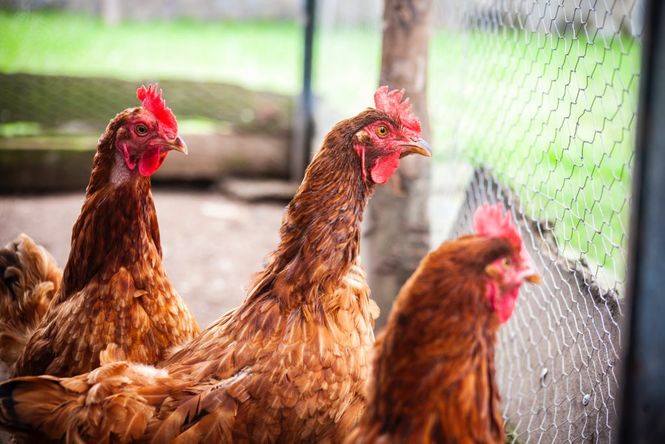 No matter how fancy a chicken coop is, don't forget that it has to be cleaned on a regular basis to cut down on odor and bug infestations. One of the mistakes those new to raising chickens do is they build coops with a completely level floor.

Isn't that the way to build a house? Yes, but not a hen house -- because when you go to wash it out, all of that stuff will pool right at your feet. Not a pretty thought or sight. Instead, you want to build the floor with a tilt at the back of it.

Building a chicken coop the easy way includes an easy cleanup. With a slightly tilted floor at the rear of the house, when you spray it down during cleaning, all that icky stuff will wash down the slant and right out the back door of the coop. 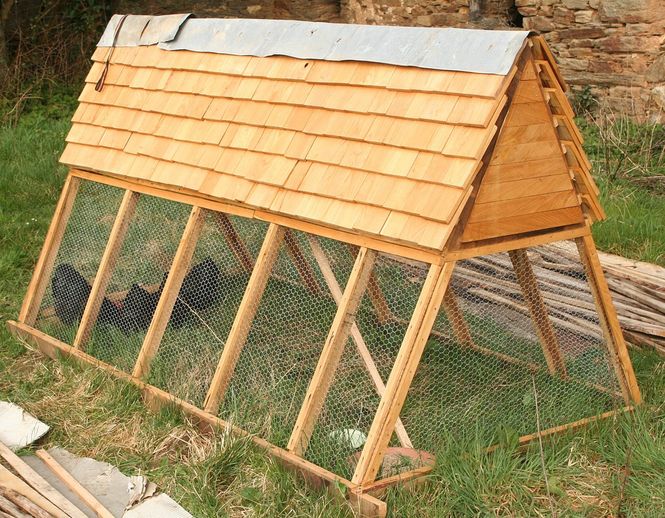 Before you start building a chicken coop, it is advisable to sketch out your design on a piece of paper. A little creativity can help, but if you are not the artistic type, you can find a lot of ideas that you can use as a framework for the coop itself. As a general rule of thumb set up the door in a way that it opens inwards so that the air can freely enter the shelter and position the coop in an area where it faces the sun. This allows the sun's heat to dry the ground and prevent too much moisture.

Having proper insulation installed around the walls (especially in colder climates) can help the chickens stay warm in winter and cool during summer, as well as keep them dry. This minimizes the chances of your chickens getting sick. This is most important when the chickens you are raising are specifically meant for egg production.

Waterers and feeders should have designated spots in the coop that are easily accessible. Keep in mind that chickens love to scratch with their feet, which can create quite a mess of feed on the coop's surface. You can avoid this by setting waterers and feeders at the same level as the chickens' necks, you'll notice this detail in many walk in chicken coop plans. This should keep spilling to a minimum. And don't forget to replace the water and food daily! 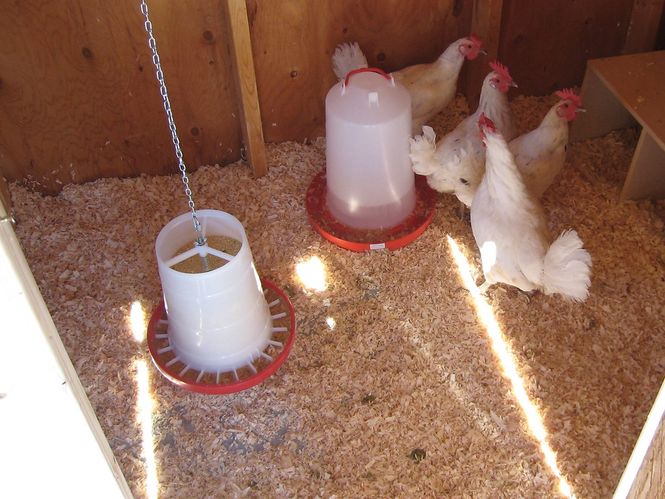 Give the front of the nesting box a ledge so that the chicken can balance there when getting in and out of the nest.

In designing a chicken coop it's good practice to allow 3 to 4 square feet of space per chicken. The correct space will provide the chicken with enough room to mill about and keep them more productive. 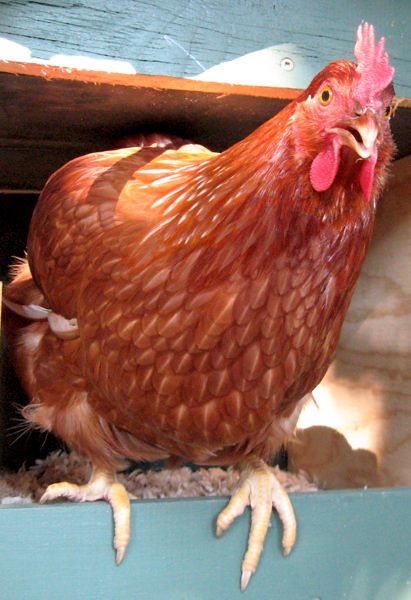 Chickens are very social animals, they enjoy having other chickens around, but they can also be cranky. When they are at their best behavior, chickens will huddle together scratch together and be perfectly content. When they see something they regard as a little treasure, they can peck at each other and fight over it...and it may not be much. It could be a little droplet of water running across a wire, a territory that they are foraging, just about anything. Chickens can get cranky enough to peck at each other, and sometimes to death!. This can escalate, when other chickens see blood they often help peck the hapless chicken until most feathers come out or it's seriously wounded. 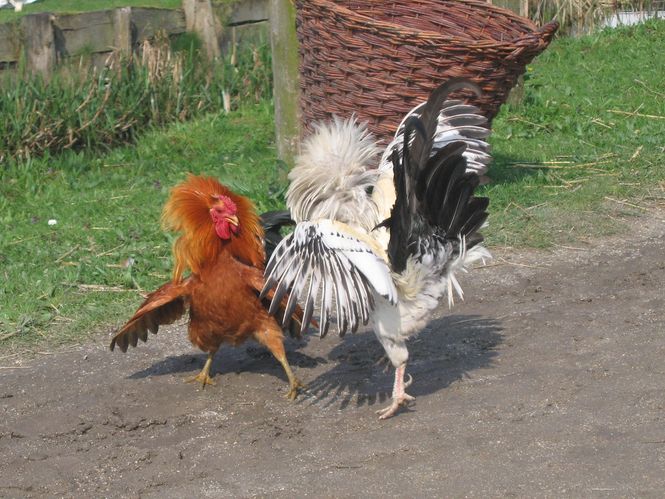 Ample space rules that out, decide first the number of chicken intended for the coop then leave 3-4 square feet per chicken. 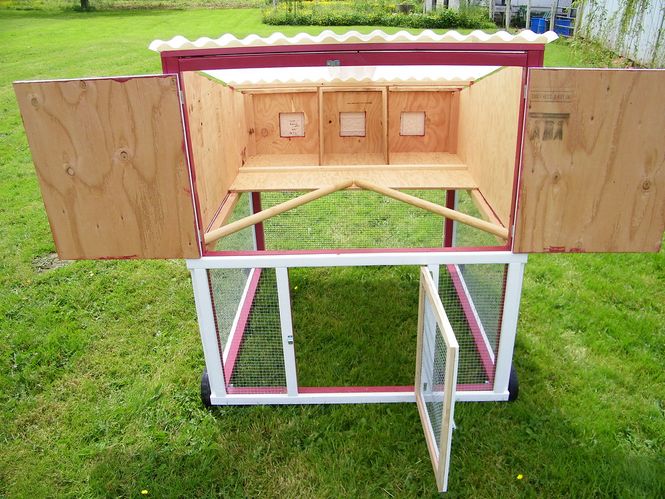 Since chickens can't fly as well as other birds, make sure you don't place the perches too high off the floor where they can get hurt if they have a fall. Perches shouldn't be built any higher than three to four feet off the floor.

Nesting boxes should be built lower than the perches (to prevent them from becoming the place the chickens prefer to sleep) and should be deep enough to make the chicken feel comfortable. 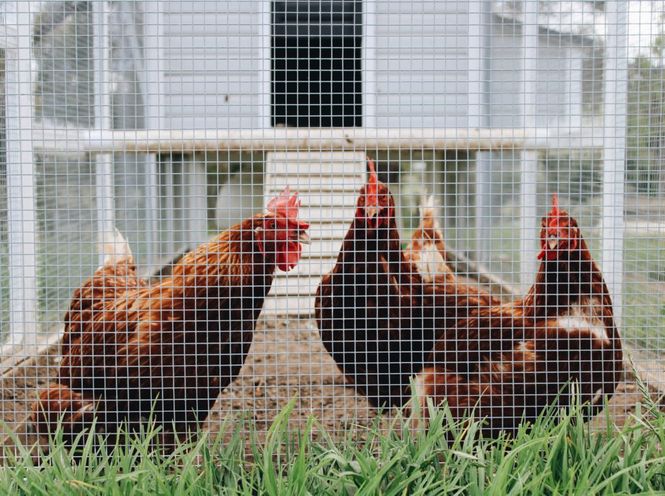 When constructing nesting boxes, make sure to slant the top of it because chickens love to roost on the flat surface of the boxes. The reason for the slanted top is because if chickens roost on the top, as they do their business, you'll end up with quite an accumulation of droppings to constantly clean off.

Building a chicken coop doesn't have to be expensive. Some owners spend up to $300 by purchasing a ready-made chicken coop kit, but bare in mind that you don't really have to spend that much if you simply incorporate the important elements that a functioning coop requires.

More often than not, you can get everything that you need to build a chicken coop in your own backyard.