Baby chickens are some of nature's cutest and fluffiest creations. Can we all just agree that they are the cutest things in the world?

Baby chickens are tiny little bundles of fluff that are born after the mother hen sits on the eggs and helps the babies grow and gestate. The young chickens are then ready to break out from their shell and start living!

Chickens are one of the most recognizable and popular farmyard animals that we grow up seeing and learning about. But, they can have some of the most different labels, terms and names of any animals.

It is so hard to differentiate the varying names, maturities and sexes of chickens, and you may be asking yourself what they are called.

But, what came first, the chicken or the egg?

We really cannot answer the age old question, but we can help you understand what baby chickens are called and where they come from.

First we will talk about the chicken, before the egg. A mother chicken is called a hen, and a father chicken is a rooster. Female chickens such as hens can lay eggs that are fertilized with a baby or without a baby chicken.

Now comes the egg. Hens must tend to and care for the fertilized eggs for three weeks, by sitting on top of them and keeping them nice and warm. The mother hen even has to turn the eggs to give the baby chickens exercise. This also makes sure that the baby chickens are growing properly and safely.

After the gestation period, the baby chickens will have to be extremely strong in order to break free from the encasing of the egg, so will have to feed on the yummy yolk when they are growing.

Once the baby chicken breaks free, they are hatched from the egg and a baby chicken is born. You may be thinking 'what are baby chickens called', and haven\'t yet plucked up the courage to ask before. 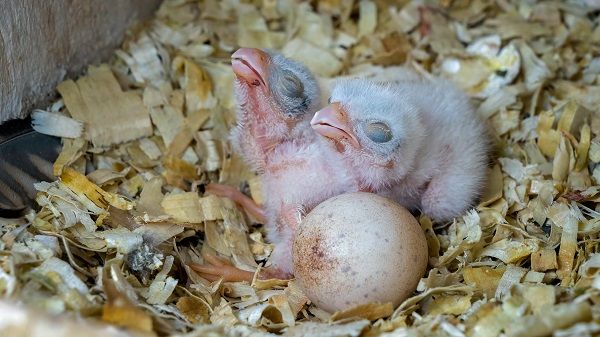 So, what do I call them?

There are so many different names for baby chickens, that it can be difficult or confusing to decipher which is which and what they all mean.

In the general sense, baby chickens are most commonly called little 'chicks' until they are old enough to be separated into sexes.

It is so hard to differentiate between male and female baby chickens when they are first born and super small, so defining them as hens or roosters is quite difficult. This means that usually, the terms for baby chickens tend to be quite general. Most people refer to baby chickens as 'chicks' or 'peeps'.

Once the baby chickens have grown a little, it is easier to define their gender. Young female chicks are then called a 'pullet', whilst male baby chickens are called 'cockerels'.

The term 'pullet' is given to a young female chicken that is typically less than a year old and not yet mature enough to lay eggs.

Once these pullets are about to lay their eggs, they can be referred to as point-of-lay chickens. This generally happens just before they are a year old. Once they have passed the one year milestone, then they are referred to as hens and are regularly laying eggs.

A young male chicken is called a 'cockerel'. This is typically the term that is given to male chickens that are below the age of one. After that, the baby chicken is usually fully matured, and can be considered a 'rooster'.

Another term for a young chicken is a 'boiler'. This typically signifies that the chicken is six to nine months old, and not yet at the age of maturity.

Are you confused yet?

If you are lucky enough to lay your eyes upon a group of baby chickens, then generally speaking a large number of chicks is called a clutch. A clutch is a term for a group of very small baby chickens that cannot venture out for themselves just yet.

A group of baby chickens are sometimes called 'peeps', which is a reference to the noises groups of baby chickens make together. These noises are much quieter than adult clucks and are typically sweet little cheeps and peeps.

A large cluster of young chickens that have not yet reached maturity are called something else. These chickens are not still babies, but not fully developed and are then classed as 'juveniles'.

After a time, those little baby chickens will become hens or roosters, and as they age they will be called other things. For instance, an elderly female chicken will go on to be named a 'biddy', similar to the term for an elderly woman.

In terms of eating a chicken, a young, small chicken that is less than a month old when it is slaughtered is called a 'poussin' or a 'coquelet'. These are the original French terms for a small spring chicken. 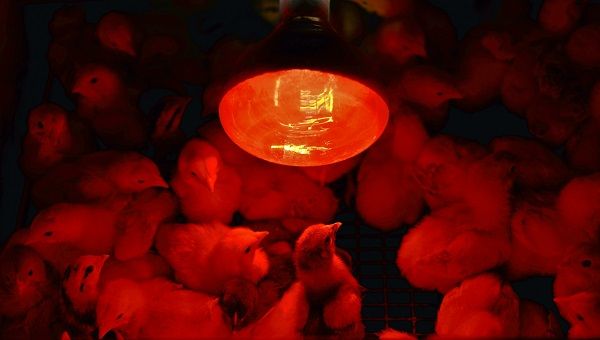 In the United States, we call it a Cornish Game Hen. This is also served young and immature, and weighing no heavier than two pounds before cooking. Despite what its name says, the Cornish Game Hen can be either male or female.

Another term for a young cockerel is a capon; this is usually used when the cockerel is 7-10 months old before reaching maturity. A capon has typically been castrated or neutered for better flavor.

If you are still unsure what baby chickens are called, don't worry. No harm, no fowl.

Furthermore, once a young chicken surpasses its first year of age, a female chicken will progress to become a hen, whilst a young male grows to become a rooster.

So, you should now know what baby chickens and all different chickens are called. But don't count your chickens before they hatch.